Brussels, 1 sep 2017 – Making and appreciating beer is part of the living heritage of Belgium. It’s not surprising that Unesco declared the Belgian beer as Intangible Cultural Heritage of Humanity last year. It plays a role in daily life, as well as several festive occasions. Almost 1,500 types of beer are produced in this country using different fermentation methods.

If you are in Brussels this weekend you will have the chance to taste nearly a third part of this Belgian treasure. At this Belgian Beer Weekend edition, 45 breweries will offer more than 400 Belgian beers. They will be served in tasting glasses of 15 or 20 cl. One curiosity: in 19 editions, this is the first time a Brussels brewery will be represented thanks to the presence of Senne brewery.

The festival is organised every year in September by the Knighthood of the Brewers’ Paddle and the Belgian Brewers’ Federation in collaboration with the City of Brussels and the Brussels-Capital Region.

Throughout the weekend, entertainment on beer thematics will be planned. On Saturday afternoon, a colorful procession of historic brewery carts will cross the center of Brussels. On Sunday, a parade of different beer confraternities with their typical togas is announced.

The public festival opening is scheduled for tonight at 6 p.m. The stands will close on Sunday at 7.45 p.m. Check the full program on the bottom of this page. 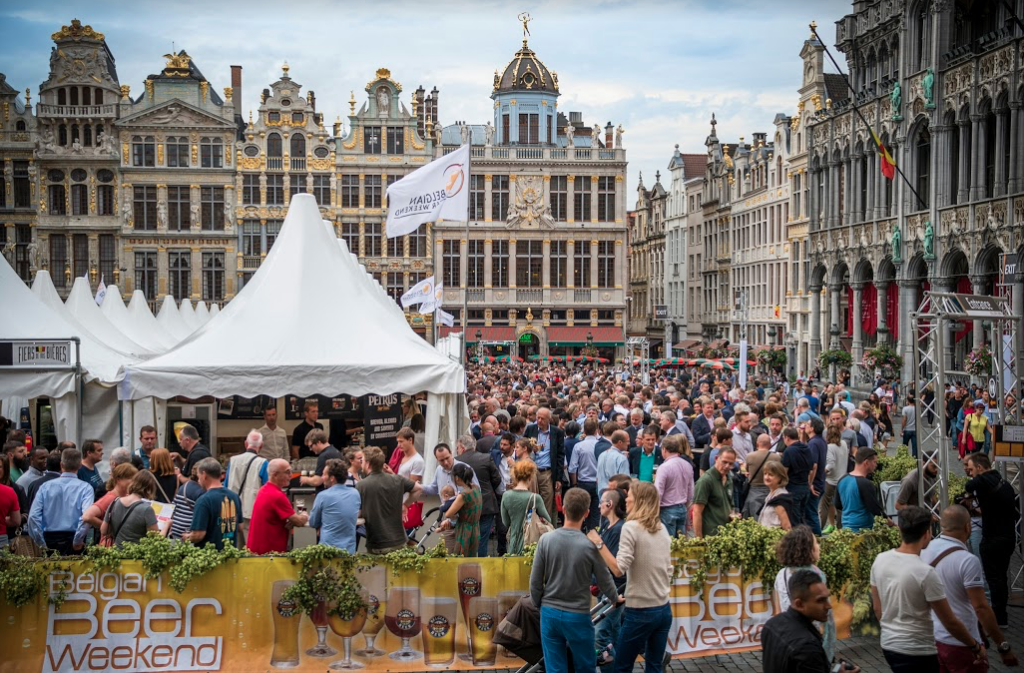 For the event safety, the organization has prepared additional controls. To cooperate and avoid long queues formation, it’s strongly recommended to use your credit card and not to take a bag with you. Attention: backpacks will not be allowed on the site. If you do take a bag (not a backpack), please cooperate by opening it spontaneously to the security guards. In case of refusal, access to the site of the Belgian Beer Weekend will be denied.

The entrance is free. To pay for your beers, you need to buy special crowncorks sold at the cash desks around the Grand Place, as well as a deposit chip for a beer glass (3 EUR deposit chip per person, refundable when you leave). Note that unused crowncorks will not be refunded. 9 crowncorks = 10 EUR

1.30 p.m. Departure of the procession with historical brewery carts and beer wagons through the streets of Brussels.

12 a.m. (noon) Parade of several bands and brewers’ confraternities through the streets of Brussels.