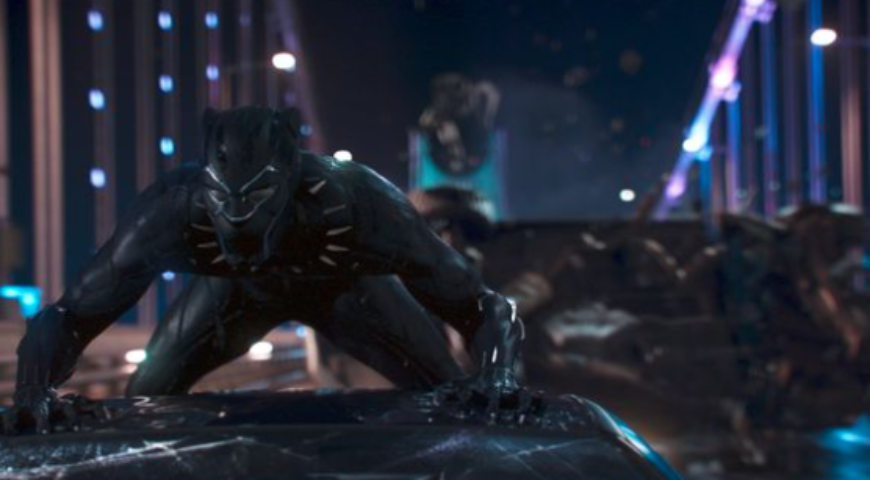 It’s not everyday that a movie like Black Panther comes to the big screen. The film received praises for the direction, costume design, action sequences, soundtrack, and cast performances. It’s not the first American movie featuring a black superhero (we had Blade, Hancock, Spawn, Catwoman and The Meteor Man before) but Black Panther did receive critical acclaim for its cultural impact. The TV chain CNN declared “Black Panther is for film what Barack Obama was for the presidency”.

No wonder Id International felt very honoured to prepare the sound and lights for the film’s avant premiere event in Bozar. On February 14th, the Belgian theater welcomed personalities from Disney, Tarmac (RTBF), and more.

Black Panther is an superhero movie based on the Marvel Comics character of the same name, produced by Marvel Studios and distributed by Walt Disney Studios Motion Pictures. It is the 18th film in the Marvel Cinematic Universe (MCU). Created by Stanley Lee and Jack Kirby, the character of T’Challa/Black Panther was born in 1966 in Fantastic Four No. 52. At the time it was the first black superhero in American comics. Contrary to what some people think, the character has nothing to do with the revolutionary Black Panther movement. For a while, to get away from that, Marvel even decided to call it Black Leopard.

It was officially announced in October 2014, with Boseman first appearing in Captain America: Civil War. By the end of 2015, Cole and Coogler had both joined, and additional cast members came on board beginning in May 2016, making the film Marvel’s first with a predominantly black cast. Principal photography for the film took place from January to April 2017, at EUE/Screen GemsStudios in the Atlanta metropolitan area, and Busan, South Korea.

In Black Panther, T’Challa returns home as king of Wakanda but finds his sovereignty challenged by a long-time adversary in a conflict that has global consequences.

The first premiere took place in Los Angeles on January 29, 2018, and was then released in the United States on February 16, 2018. After the avant premiere exhibited in Bozar, the film is now screening in the main cinemas of Belgium. Not to miss!