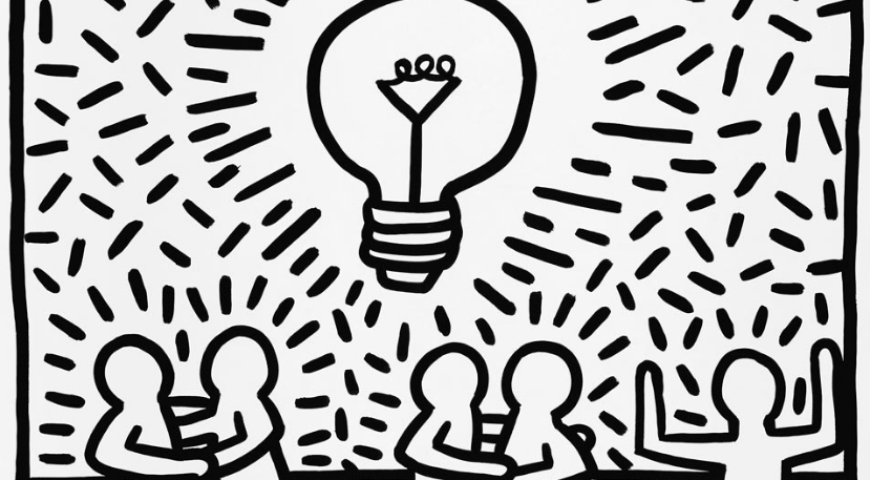 “The public has a right to art… Art is for everybody,” said Keith Haring in the 1980s

From 6 December 2019 to 19 April 2020, all Brussels visitors are welcome at Centre for Fine Arts (Bozar) to see a major retrospective for the 30 years of the death of the American artist, Keith Haring. The exhibition is organised by Tate Liverpool in collaboration with Bozar and Museum Folkwang from Essen.

The opening night party of Keith Haring exhibition took place last Thursday, December 5, at Bozar. Were you amongst the lucky people who won one of 200 tickets distributed by Red Bull Belgium? The first guests to see this exhibition also had the chance to dance to Lefto, Stuart Baker (Soul Jazz Records) and Dany Johnson (from Club 57, where Haring used to meet singers such as Madonna and Grace Jones). The music selection was inspired by Keith’s arrival to New York in 1978 at his 20s, when punks gathered in East Village and hip hop movement was found in the Bronx.

It was a great opening night and Id International was there to make sure all sound and lights went perfect. Besides dancing, night visitors strolled around to admire 85 iconic works by the American pop art artist such as posters, murals and installations full of bright colours and black outlines. Eclectic, Keith found inspiration from Asian calligraphy, New York graffiti artists to Abstract expressionism, Pop art, Hip-hop and video games. “When you first met him he seemed very shy, but he was the hardest working person you can imagine”, recollected DJ Dany Johnson at a documentary filmed by Red Bull Music.

As his friends Andy Warhol and Jean-Michel Basquiat, Keith wanted to combine fine arts and popular culture. “His work, revealing of his time, was exposed both on the walls of New York and in the galleries. It bridged the gap between the street and the art world,” says curator Darren Pih.

The pop icon was simple, cheerful and funny, but also engaged and critical. Bozar’s art work selection travels back in time and brings back Keith Haring from New York in 1980s, denouncing racism, homophobia or nuclear weapons. That time, Keith also faced personal debates, being openly gay and born into a family both religious and creative. He fell in love for drawing and learned cartooning basic skills from his father, an engineer and amateur cartoonist, and also from big names such as Dr. Seuss and Walt Disney.

Keith Haring was diagnosed with Aids in 1988 and did everything he could to raise awareness about the disease worldwide. He became more and more engaged in activism and one of the most critical voices at American LGBT community. Keith was featured in more than 100 solo and group exhibitions and produced more than 50 public artworks for charities, hospitals, care centers and orphanages. He died on February 16, 1990, at the age of 31.

The project coordinator at Bozar, Alberta Sessa, highlights that some questions addressed by Keith Haring are still relevant today. “This activism speaks to the younger generation,” says Sessa. “The artistic system has always been ethnocentric and elitist. As a public institution, it’s important to be able to look at art differently,” explained her.

👉Wanna know more about Keith Haring’s work in Belgium and Netherlands? Check it out: