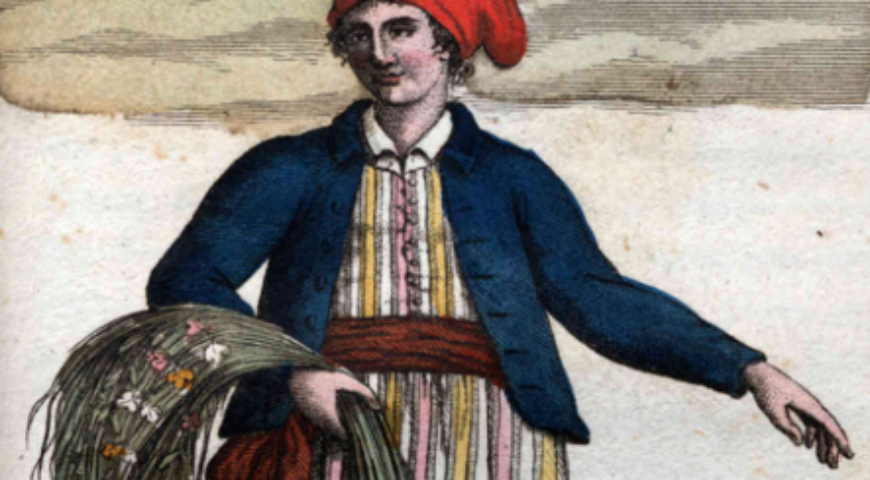 Women’s Day: the first woman to travel around the world

We celebrate this International Women’s Day reminding the story of the first woman to travel around the globe: Jeanne Baret

Born in 1740 in France’s Loire Valley, Jeanne Baret managed to overcome her childhood in a poor rural household to circumnavigate our planet, defying the (men) establishment of her time.

As a self-made botanist, she played a key role in identifying hundreds of plant species we know today (including the Bougainville). Disguised as a man (Jean!), she joined Louis Antoine de Bougainville’s expedition around the world and gave her contribution to path women’s lives. Today, (in most countries), women can travel and work in whatever they want, without disguises.

In 1766, France sought to regain lost ground during the great explorations of Portugal, Spain and Great Britain, and organized a great scientific expedition in charge of Louis Antoine de Bougainville. The mission was to travel through America and Oceania to find new lands and expand knowledge of those already discovered.

The French naturalist Philibert Commerçon was assigned to observe and describe these “new” lands. In that time, Jeanne Baret was his Botanic assistant and lover. In order to travel together, due to the fact the French Navy forbid the participation of women, they came up with a plan. Commerçon alleged he would need an assistant, since he was constantly sick. To safeguard Jeanne, Commerçon had also made a will leaving everything he had to her. Posing as a man, Jeanne boarded the ship in another port, as if they had never met before. She had introduced herself as “Jean”—just before Bougainville’s ship, the Etoile, set sail in December 1766.

As the expedition made its way toward South America, Commerçon and Jeanne started their botanic mission. It’s said they have gathered more than 6,000 specimens in two years. In 1767, now in Rio de Janeiro, Commerçon suffered from strong leg ulcers and could hardly walk. So, it’s highly probable that it was actually Jeanne who came across the plant later baptized with the expedition’s commander name: Bougainville.

In 1785, the French Ministry of Marine granted her a pension of 200 livres a year. The official document, mentioned by John Dunmore at his book Monsieur Baret: First Woman Around the World, highlights the importance of her work at the expedition:

“Jeanne Barré, by means of a disguise, circumnavigated the globe on one of the vessels commanded by Mr de Bougainville. She devoted herself in particular to assisting Mr de Commerson, doctor and botanist, and shared with great courage the labours and dangers of this savant. Her behaviour was exemplary and Mr de Bougainville refers to it with all due credit…. His Lordship has been gracious enough to grant to this extraordinary woman a pension of two hundred livres a year to be drawn from the fund for invalid servicemen and this pension shall be payable from 1 January 1785.”