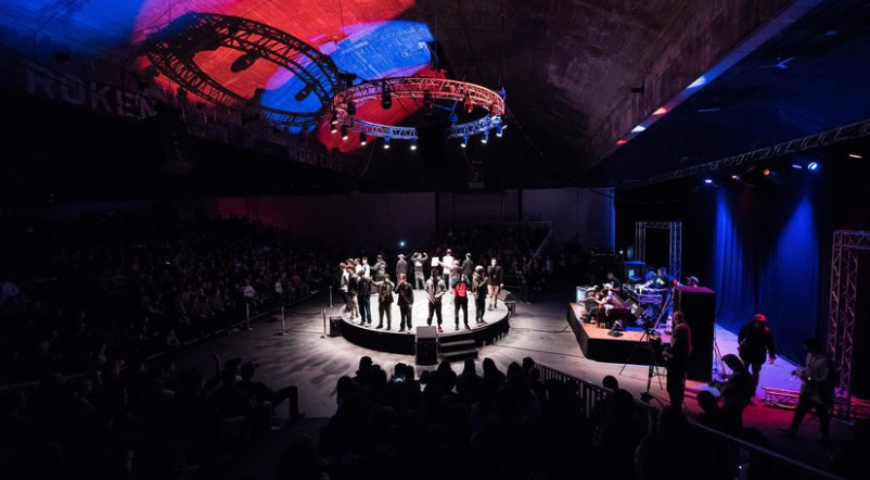 As previous years, Id International has been appointed to provide sound & light systems

Nearly 1000 spectators from all ages and different Belgian cities gathered together this Saturday, March 11, in Antwerp. They assisted to the 6th edition of Red Bull BC One, the best international breakdance competition celebrated in Belgium.

The main event is a tournament featuring 16 B-Boys, chosen for their good character and exceptional skills in the dance, competing in one-on-one battles decided by a panel of three judges. In November the winners of each region of the globe will participate in the World Finals.

During the event on Saturday, all guests were refreshed with the Red Bull drinks collection. The Waagnatie building was the venue chosen to stage the Belgian battle. As previous years, Id International has been appointed to provide sound & light systems.

In the end of evening, the verdict: Admir Mirena “Admiracles”, from Ghent, became officially the best b-boy in Belgium. He will visit Amsterdam on 4 November 2017 to participate in the Red Bull BC One Last Chance Cypher. There, he will face the winners of other national competitions to win a place in the World Final 16.

The roots of breakdance or b-boying dates back to the earlier 1980s in the streets of New York. Are you curious to know more about it? Discover our Thematic travel: NYC – Hip Hop Culture