2 cities in 1 ticket: travellers can now choose to stay one to five nights in Brasilia, Recife, Rio de Janeiro, Fortaleza or Salvador, before flying on to another Brazilian city for no extra cost

(Lisbon, 14 March 2019). Celebrating its 74th anniversary, the Portuguese airline TAP launched a new stopover programme at the Lisbon Tourism Fair (BTL) held from March 13-17, 2019. The travel & event agency Id International was there to get all the updates on the Portuguese market and meet new business partners. 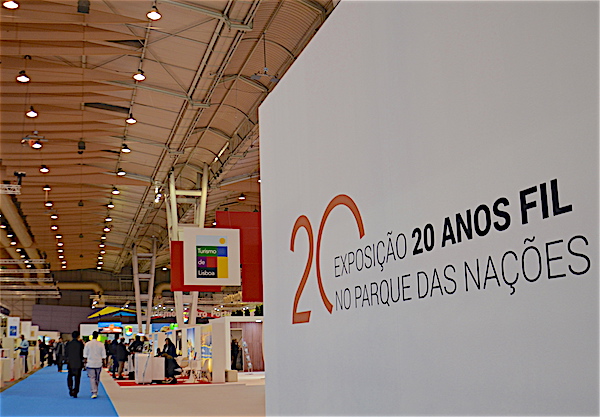 “These are good news for our clients in Belgium and abroad. Brazil is a beautiful country of continental dimensions and having a stopover before their final destination saves them extra costs and give them more options,” said Id International‘s managing director Christophe Barbé.

Stopover travellers will be able to stay between one and five nights in Brasilia, Recife, Rio de Janeiro, Fortaleza or Salvador, before flying on to another Brazilian city.

According to TAP, 16 million passengers flied with the company in 2018. From the total number, “almost two million travelled between Portugal and Brazil, to and from the 10 cities where the company operates in the latter country, which represents an increase of 8% compared to the previous year”.

“We are confident the new stopover programme will boost even more TAP preference in the Benelux market and will motivate Belgians to discover more of Brazil”, said Etienhe Mota, Key Account Manager for TAP in Belgium.

The new stopover programme adds up to the previous one. TAP will continue to allow passengers choose up to five nights in Lisbon or Porto for no extra charge on their way to more than 65 destinations in Europe and Africa. It also include final destinations within Portugal like Madeira and the Azores.

Besides, TAP’s birthday celebration had a special cherry on the cake. TAP also announced they received in Lisbon another new Airbus A330-900neo, which thus joins its four existing aircraft of this “latest generation” model. By December 2019, the company will have a total of 19 Airbus A330-900 neo aircraft to renew and expand its long-haul operations.