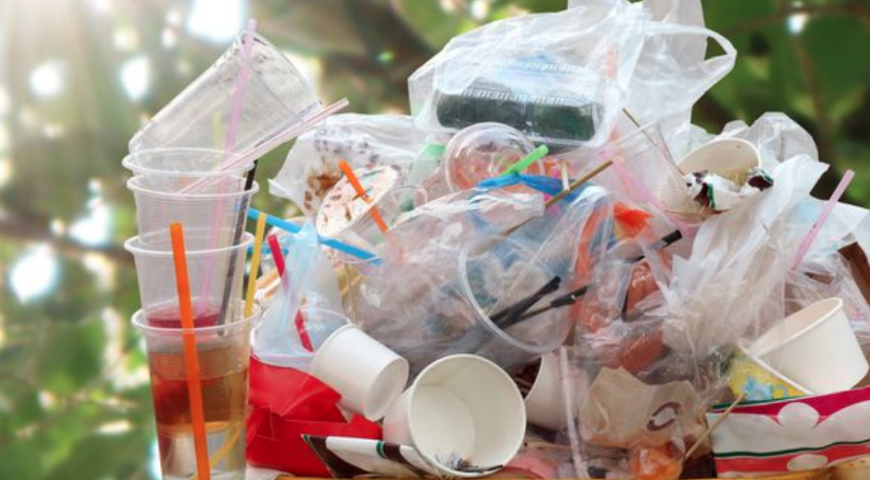 Be eco-creative: plastics not welcome in your next Brussels event

From July 1st on, event organisers must replace plastic objects to 100% biodegradable materials

Let’s go party! But life in plastic… it’s not fantastic. Not in 2019. Following the sustainable future trend, the city of Brussels is setting a good ecological example by banning single use plastic at events organised on its territory. The municipal council passed a law last September regulating the use of single-use plastic. From July 1st on, all event organisers must show their creativity and replace plastic objects to 100% biodegradable materials.

“This is the first step towards a ‘Brussels Charter for the Sustainable Event’ that the City of Brussels wants to establish. The ambition, repeated in the agreement of the new majority, is indeed to make the capital a pioneering city of zero waste,” highlights the municipal authority for Green Spaces, Public Cleaning and Animal Welfare, Zoubida Jellab (Ecolo).

“Every year around 1,200 tons of unsorted waste are generated by events. In these wastes, essentially disposable plastic is found. This represents a considerable cost for the City of Brussels and its inhabitants: about 100,000 euros for (plastic) cleaning. This represents an even greater cost for our environment,” says a press release from Brussels city council.

A list has been created to give a clear example of objects that should be replaced. Plastic trays, cups, cutlery and straws will no longer be allowed. Instead, the list suggests knives and forks made of bamboo or wood. It also includes re-usable beakers and plates made of sugar-cane.

Even plastic balloons and balloon-holders made of plastic will be forbidden. Wanna decorate your event? Think about flowers, paper or tissue art work! And for sure, we are here to give you some extra help!

What is not banned… yet!

Keep in mind the list is intended to change event organisers’ mentality and speed up the sustainability process in the Belgian capital. So, it includes a category of items to be avoided whenever possible, but not banned yet, such as plastic bottles, cable-ties, pre-packaged items and cigarette filters.

Research suggests that at certain exposure levels, some of the chemicals released by plastic  products, such as bisphenol A (BPA), may cause cancer in people.

As of 2018, about 380 million tons of plastic is produced worldwide each year. From the 1950s up to 2018, an estimated 6.3 billion tons of plastic has been produced worldwide, of which an estimated only 9% has been recycled and another 12% has been incinerated. Some researchers suggest that by 2050 there could be more plastic than fish in the oceans by weight!

Due to plastic pollution that ends up in the oceans, this rainbow runner fish has eaten 17 plastic fragments. So, let’s think about our next event. No plastic? It will be really fantastic!